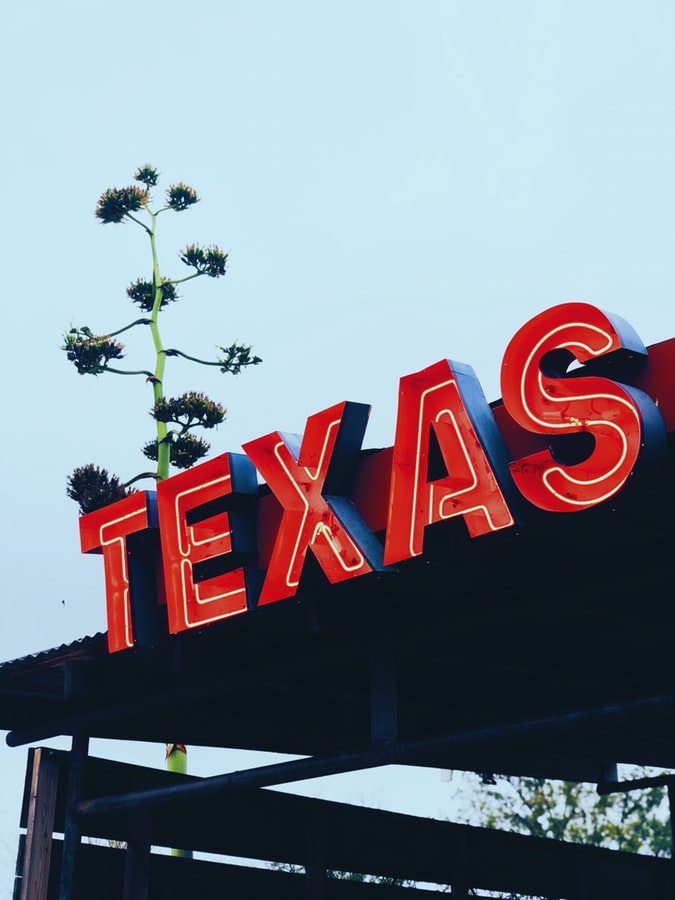 Texas is known for its BBQ, but what exactly makes BBQ Texas BBQ?

Texas BBQ features beef, not pork, and the cut of beef used is the brisket. It is served with white bread and no sauce.

Texas is a large state, and different regions have different traditions. Central Texas is the part of Texas that is most familiar to those outside the state itself, and when people refer to Texas BBQ, it is central Texas BBQ.

In central Texas, the brisket is cooked “low and slow” with indirect heat and rubbed in salt and lots of pepper, and is served without sauce.

The outer sides of the state are more influenced by outsiders and immigrants, so there are differences. In some areas, the specialty is pork sausage and in the south, the brisket might have a sweet tomato glaze. In the east, they serve chopped beef and to the west, they cook the brisket with direct heat, like a grill.

Be prepared. In Texas, BBQ is greatly respected. You will probably have to wait in line because they will not rush the process of the BBQ, and you have to be willing to pay the cost of quality.

The posted hours for the restaurants include the phrase, “…or until the meat runs out”.

If you want to taste real Texas BBQ, the best place to go is Texas, naturally. Ask any Texan!

Here are the top four best BBQ restaurants in Texas:

This BBQ restaurant is an Austin favourite. A Franklin pitmaster, Aaron Franklin, won a James Beard award for best chef in the region, for his best-selling cookbook, so you know the BBQ is excellent! A nice touch is to pair the BBQ with a vintage Big Red soda or a Mexican Coke.

Not only is Pecan Lodge one of the best restaurants in Dallas, it is voted one of the best four in the world. The BBQ pits of this restaurant burn 24 hours a day. They create and grind their own pork and jalapeno-cheese beef sausages, too. They try to make as many items as they can from scratch. They have a pitmaster sandwich made with three meats, slaw and jalapeno.

Located in Huston, this restaurant serves a wide assortment of smoked meats. What makes this restaurant special is that it also features items that are Cajun influenced, like catfish, and po’boys, served with Louisiana specialty hushpuppies. Ray’s BBQ Shack is proud of the quality of its hickory smoked meats, and their homemade sides and desserts.

This restaurant makes the trip to the small town of Belton worth it. They offer BBQ wraps, which have pulled pork, coleslaw and beans, and speciality items such as their “El Gallo Picante”. This specialty consists of a spicy link sausage on a bun with chicken, slaw, jalapenos and BBQ sauce. Hot!

These four restaurants give Texans a reason to be extra proud of their BBQ!